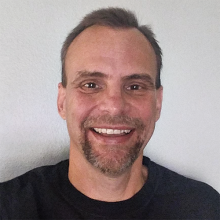 Since 2015, Ted Esler has been the President of Missio Nexus, an association of agencies and churches representing over 30,000 Great Commission workers worldwide. Previously, he worked in the computer industry before becoming a church planter in Sarajevo, Bosnia, during the 1990s. He wrote Overwhelming Minority about his family’s ministry experience there. In 2000, Ted became the Canadian director of Pioneers and three years later, moved to Orlando to join Pioneers USA’s leadership team. Ted has a BS in Computer Science and Speech Communication (Mankato State University, 1985), an MTS in Theology (Heritage Seminary, 2002), and a PhD in Intercultural Studies (Fuller Theological Seminary, 2012).