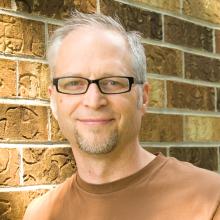 Shortly after graduating from Iowa State University in 1985, Scott Bessenecker began serving with InterVarsity. Currently, he oversees its Global Programs, Urban Programs, and Study Abroad that send college students to the margins and nations to encounter Christ and learn how to participate in holistic missions (see missions.intervarsity.org for more details).

“Those of us from well-resourced backgrounds need to be in relationship with the excluded,” Scott says. “The insulation between us prevents us from learning from and contributing to each other.” To that end, he created the Global Urban Trek, a summer immersion for students to sojourn with those living in the developing world’s slum communities.

Scott hosts a podcast designed to help people move beyond their own perspective in the U.S. and enter into a conversation with the rest of the world. He received his master’s degree in International Development from William Carey International University.