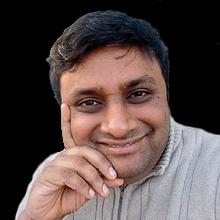 Growing up as a third culture kid, Ram Sridharan lived most of his life in Tanzania, Kenya, and South India. He completed his college education in the United States, earning multiple degrees in the fields of microbiology, folklore and human resources. All of these experiences have gifted him with an ability to speak intelligently, creatively and interactively to diverse audiences. With a heart for college students, Ram volunteered with InterVarsity for years before officially joining staff. He is now the area director in Central Ohio for InterVarsity, working most closely with The Ohio State University where he has been a driving force in launching a Black and an Asian-American chapter on campus.