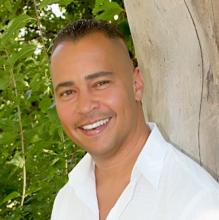 R. York Moore is the National Evangelist for InterVarsity Christian Fellowship USA.  He is the author of “Growing Your Faith by Giving it Away” and the October ’12 release of “Making All Things New: God’s Dream for Global Justice.”  Moore is a frequently sought after speaker, and modern-day abolitionist.  York has given the invitation for faith at the last two Urbana Missions Conferences and has led over 10,000 students to faith in Christ through his teaching and preaching ministry coast to coast over the last 17 years with InterVarsity.  Through his unique campus campaigns, “Justice Invitationals,” R. York Moore has been able to mobilize tens of thousands of faculty, students, churches, politicians, business leaders and others to passionately engage the issue of the commercial sexual exploitation of children while also challenging many “non and anti-churched” participants to follow Jesus Christ.  Working widely with organizations like the International Justice Mission, Hagar International, World Vision, and the Not for Sale Campaign, R. York Moore has been able to help forward the cause of front-line organizations in their work to fight human trafficking.  R. York Moore came to faith at the University of Michigan at the age of twenty as an Atheist philosophy honors student after a miraculous encounter with Jesus during an attempted suicide on Christmas Eve of 1989.  Since his conversion, R. York Moore has shared Jesus with tens of thousands of university students and has helped lead InterVarsity to seven consecutive years of the organization’s highest conversion numbers.  R. York is an innovator, strategist, gifted writer and communicator who seeks to bring organizations together to do more for the Kingdom of God than they could otherwise do by themselves in the areas of evangelism and justice/compassion ministry.  R. York Moore lives in Detroit, MI with his wife and three kids.  For more information about R. York Moore and his ministry with InterVarsity Christian Fellowship, visit www.tellthestory.net or follow him on Facebook and Twitter @yorkmoore.