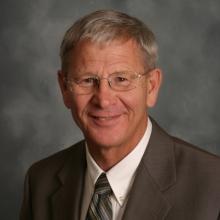 Neil was born in Baltimore, MD and moved to Spokane, WA as an infant. He graduated from John Rogers High School. He attended Biola College for almost four years as a Greek and Bible major, and eventually graduated with a BA in Humanities from Eastern Washington College. He became a Christian at Fourth Memorial Church at the age of sixteen and was active in church and camp ministries. In 1965 he married Carol and they have four children, Heather, Daniel, Bruce and Wendy, and 10 grandchildren.

In 1970 they joined Wycliffe Bible Translators and in 1972 Neil and Carol left for Papua New Guinea and were assigned to work with the Folopa speaking people. They continued with that work, as well as having assignments in administrative areas, until 2005 when the Folopa New Testament was completed. The dedication for the New Testament took place January 16, 2007. In February 2007 Neil and Carol received the Logohu National Medal of Honour for their service to the country of Papua New Guinea.

Neil has been a plenary speaker at Urbana Missions Conference in the US as well as other conferences. He co-authored with Hyatt Moore the book In Search of the Source, a Wycliffe publication. The book has been translated into a dozen languages and has been well received.

Following the time in PNG Neil served Wycliffe Canada as a chaplain at Canada Institute of Linguistics as well as speaking across Canada for Wycliffe Canada’s work around the world.

Neil served as the senior pastor of Fourth Memorial Church in Spokane for almost four years before being called to serve at as a part time pastoral associate at His Place Church, Post Falls, Idaho, in 2013. Neil also serves part time with Wycliffe Associates as a Minister of Encouragement.