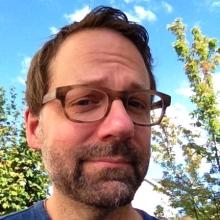 After directing the music for Urbana 2000, Matt Frazier moved to Los Angeles to work as a musician and composer.  He earned a master’s degree in commercial music and then relocated to Seattle.  Matt now works in the audio technology industry and is passionate about sound recording.  He’s released three CDs (The Original Matt Frazier, some hymns (reimagined), and Go in the Wilderness) and continues to play and write music as life permits.  He deeply appreciates living in the gorgeous Northwest with Sundee and their daughters.  You can learn more about him at www.taimusic.com.