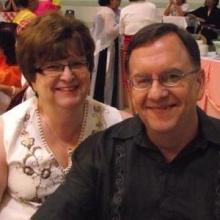 2008 – 2012   President and General Manager, Trax Technologies Asia
Developed an operations and software development center in Cebu, Philippines to provide outsourced freight audit and payment services supporting Trax global customers.  Our Cebu operations grew from 50 personnel in 2008 to over 350 employees and contract services personnel in 2012, now supporting customers in the US, Asia and Europe.

2000 – 2003 Director, Software Development, Consumer Printer Division
Our organization is responsible for the Host Software Development and System Quality Assurance of all Lexmark Consumer Printer Products.  I directed 12 managers and approximately 200 development and test personnel in Lexington, plus a remote development and test organization of 150 in Cebu, Philippines.  Software products included Printer Drivers and Print/Scan/Fax/Photo applications for Windows, Mac and Linux platforms.

1998 – 2000  Area Manager, Consumer Printer Software Development
This organization was a new group within Lexmark’s Consumer Printer Division when it was formed in 1998, and grew from 30 to 125 in two years.  The organization was responsible for the development of Microsoft Window’s driver support for all Lexmark Consumer Printer Products.  This included developing business relationships with 3rd party software technology providers in the Windows, Mac and Linux environments.

1995 – 1998 Manager, Asian Software Dev, Worldwide Business Development
This group was established in 1995 to development printer products specifically for the Japanese, Korean and Chinese marketplaces.  Worked closely with OEM partners in Asia including Fujitsu and Samsung; and with Lexmark’s ASIA marketing and sales teams.

1988-1991         Manager, Software Product Assurance and Human Factors
This group was responsible for the testing and quality assurance of IBM’s laser printers, and the Human Factors evaluation of these products

Family:
Married to Deborah Ann Carter for 35 years.  Debbie was office manager for the Jessamine Co. Board of Education’s District Technology Office from 2000-2004.  Prior to this, she worked for 8 years as a social worker in Lexington with Childplace, a Christian Adoption Agency.

Debbie and I have 2 daughters and 1 granddaughter:

Andrea Lopina: Graduated from Lipscomb University, May 2002, with a BS in Computer Information Systems.  Employed by Dell Computer Co. since graduation. Married and lives in the Philippines.  In addition to working for Dell, she and her husband lead the Hope for Tomorrow ministry.

Board of Directors, US Chamber of Commerce in the Philippines, 2011 – present