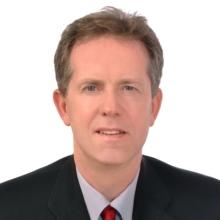 Mac was an InterVarsity staff member for 13 years. He desires is to see people grow in their vision of God and to discover what it means to have a first-hand experience with God in prayer.

At Urbana 96, together with Urbana Prayer Leader Daniel Oh, Mac led students in a Concert of Prayer for the cities of the world. He demonstrated how to pray knowledgeably for these cities, and led students in interceding and collectively for people groups who have yet to know God’s love and salvation.

After a 2007 survey revealed the time, financial and educational limits facing pastors, Mac founded The New York City Leadership Center (NYCLC) in 2008.  Mac seeks to exponentially increase the leadership effectiveness of ministry and marketplace leaders to address the spiritual and social issues facing our world today.

In 2013, the Lausanne Movement appointed Mac to serve in the volunteer position of Senior Associate for Cities.  Mac also is the founder and former president of Concerts of Prayer Greater New York which has for 25 years, served to strengthen and unite pastors while also advancing a culture of prayer for revival across the New York Metro area.