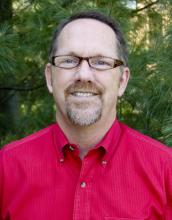 Dr. Jack Elwood was appointed the President of Avant Ministries in December of 2009. Jack brings over 25 years of ministry experience to Avant. He began his ministry in Asia, serving 14 years as a field missionary. The following 15 years he served as a pastor at Euzoa Bible Church in Steamboat Springs, CO, Burke Community Church in Burke, VA, Immanuel Bible Church in Springfield, VA, and Granada Height Evangelical Friends Church in La Mirada, CA. Most recently, he has worked in the Washington, D.C. area with the Washington Area Coalition of Men’s Ministries. The National Coalition of Men’s Ministry selected him as Pastor of the Year for 2007.
Jack holds degrees from Point Loma College in San Diego, CA and William Carey International University in Pasadena, CA, and earned a Doctor of Missiology from Biola University in La Mirada, CA. Jack and his wife Joan have been married for more than 33 years and have four adult children and four grandchildren.