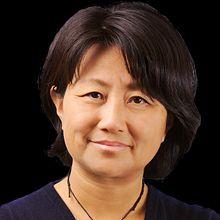 In April 1989, Chai Ling was in Beijing working on a graduate degree in psychology; she went to Tiananmen Square to mourn the death of reform-minded leader Hu Yaobang alongside other students. She ended up leading many of the hunger strikers and was elected as “commander-in-chief” by fellow students. When the military brutally crushed the protests on June 4th, Chai Ling was named on government’s list of the 21 most wanted students. She escaped from Beijing; ten months later, she secretly boarded a cargo ship and left China for Hong Kong.

Living in the United States for many years, she still ached to see China free from injustice. In 2009, she attended a United States Congressional hearing about forced abortion in China and was amazed to hear the testimony of one woman who had found freedom and restoration in Jesus. Weeks later, she prayed in her office and committed her life to Christ, knowing He was the only hope for full freedom and restoration in China.

In June 2010, Ling founded All Girls Allowed with a goal of lifting up Jesus’ name by exposing and ending the human rights violations caused by China’s One-Child Policy: the policy is leading to gendercide, the systematic elimination of girls, and over 37 million girls are missing in China because of sex-selection. She is the author of A Heart for Freedom and was twice nominated for the Nobel Peace Prize for her role in leading the 1989 Tiananmen Square student movement.