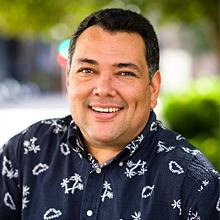 Allan Matamoros consecrated his life to God and missions (with a deep passion for the Islamic world) at one of the first missionary youth congresses in Costa Rica, where he was born and grew up. He studied Bible and Missions at Seminario ESEPA, and business administration at Universidad Veristas in Costa Rica and is currently completing a master’s degree program at Fuller Theological Seminary.

Allan has held key leadership roles as executive director of FEDEMEC (the first sending agency in Costa Rica) and in various roles with COMIBAM (Latin America Missionary Cooperation) helping to transform Latin America from a mission field to a mission force.

In 2004, Allan became the international director of PMI (Muslim Peoples International) a Latin American church planting and holistic missionary agency focused on the Muslim world. During the last few years he has been the chairman of the board for a global network of 170 mission agencies serving together to share the love of Jesus with Muslims.

In 2014, Allan became a regional director with Partners International (PI), a ministry devoted to work alongside indigenous ministries and national ministries among the unreached and the unresourced places of the world.