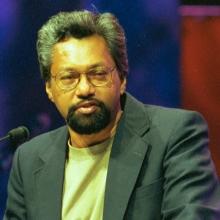 Vinoth was born in Colombo, Sri Lanka, where he also had his secondary schooling. He holds bachelors and doctoral degrees in nuclear engineering from the University of London. Instead of pursuing an academic career, he returned to Sri Lanka in 1980 and helped to pioneer an evangelical student movement in that country. He has served since 1987 as the South Asian Regional Secretary for IFES, a global missionary partnership of over 130 autonomous, evangelical student movements. His multi-faceted ministry includes the pastoral encouragement and training of national staff, apologetics lectures in universities, and biblical exposition at student conferences. He has taught in several IFES-related conferences, seminars and training events all over the world. However, his primary focus is to help national student movements in the South Asian region develop mature servant leaders for church and society. Vinoth is the author of The Recovery of Mission (Paternoster and Eerdmans, 1996), Gods that Fail (IVP, 1996) and Faiths in Conflict (InterVarsity Press, Coming to the U.S. summer 2000).

He is involved with various groups in Sri Lanka that seek to empower the poor and bring reconciliation to a war-torn island. He has been a visiting lecturer in theological colleges in Sri Lanka, India, England and Canada. He also serves on theological commissions, both ecumenical and evangelical, but feels a special calling to equip 'lay' Christians to relate biblical truths and values to their work and everyday world. Vinoth and Karin share a love for walking, omnivorous reading, films and music; while Vinoth also enjoys cricket, bird-watching and experimenting in the kitchen. With some pride he relates that he has never owned a car, and that he still rides a motorbike. He hates formality, pretentiousness and insincerity.

From someone who met Vinoth:

I met Vinoth in February of 2000, at the retreat for Urbana speakers and team. I got to pick him up at Chicago O'Hare Airport. Here's what I was prepped with: He is a brilliant man, with a keen wit. He has been known to tell it the way it is to the American Church.
Over the next few days, I had a few interactions with Vinoth. He is one of those people whose voice is soothing and gentle. You want to keep listening, to hear more. On the middle day of our retreat, he gave us a synopsis of his talk that he's working on for the convention. Rarely have I been so simultaneously challenged, moved and secure in my faith. Here is a true man of God. This talk will be one of the highlights of the convention. I dare not reveal more at the peril of taking a wise man's insights and misrepresenting them.
I drove him back to the Airport, going through the endless sprawl of the Chicagoland. I was incresingly embarrassed about the consumerism around me, but Vinoth gave no hint of disgust, nor did he in any way seem dazzled. (He was more fascinated by the snow - I showed him how to make a snowball.) We went to a supermarket, so he could get some licorice for his wife. He was asking me about America, and American students. If he makes any ridiculous assertions about Americans, blame me.
When we got back to O'Hare, we went to the Airport Hilton. Because of bad connections to Sri Lanka, we put him up for the night at the Hotel. He was grumbling about the price. It was the equivalent of his monthly salary, he said. I told him that there are many areas where the American church needs to develop more responsible money habits, and this was not one of them. I told him to accept this hotel room as a gift from Urbana. He lightened up at that, and said with a smile:"I've never stayed in a Hilton before!" He was excited about the free shampoo.
We walked around the hotel a bit. He was teaching me about the meaning of faith in a world permeated with idols, like wealth. I felt my understanding of the trappings of my life blowing out well beyond the small horizons of my vision. I wished I could hear more.
We went back to his room to pray. As we parted, he told me to stay in touch. I will.
- Paul Grant
Urbana Site Wide
Urbana 2000
Urbana Year
Urbana 2000